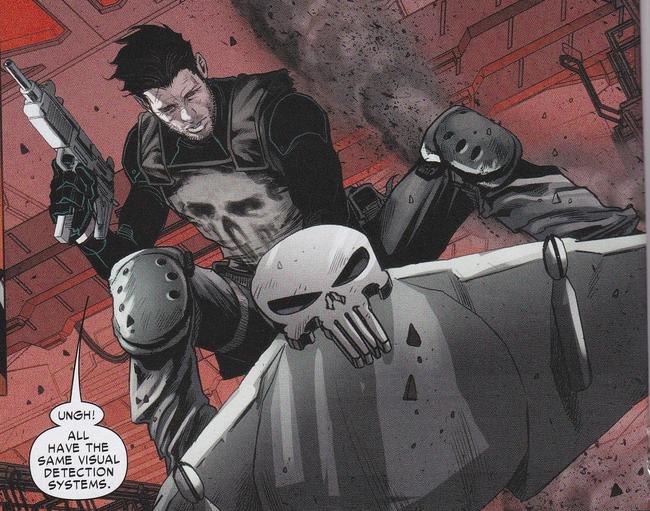 When marketing blogs refer to companies who have completely killed it at content marketing you see the same names popping up again and again: Red Bull, General Mills, Virgin, American Express are among the most cited. But as a huge comic book fan, I see Marvel creating some incredible marketing content that’s seriously worth taking note of.

It’s hard to believe that in 1996 Marvel found itself filing for bankruptcy protection as the once-lucrative comics bubble burst. Fast forward to 2014 and Marvel is stronger than its ever been, with amazing creators like Matt Fraction, Jonathan Hickman, Kelly Sue DeConnick and Warren Ellis making amazing comics and a huge movie universe that is constantly netting them record box office sales.

While there is a tonne of reasons why Marvel has managed to claw its way back to the top of the tree, their approach to content marketing has likely been a factor in this.

The Sound of Heroes

Marvel quite recently overhauled their website to create an attractive, streamlined place for fans to discover more about their universe. One of their great additions to the site is a podcast called This Week in Marvel, where Ryan “Agent M” Penagos and Ben Morse talk about new comics hitting the shelves, interviews with creators and, my favourite part, talking about the Marvel Unlimited Book Club. The book club is a stroke of genius in marketing. Marvel has something called Marvel Unlimited, a subscription service that allows readers to gorge themselves on thousands of comics digitally. The book club allows Marvel to provide readers with a structured way of using Unlimited and exposing them to classic storylines. It’s engagement at its finest.

Marvel launched an app called Marvel AR, which is an augmented reality programme that essentially brings the physical comic page to life. Some pages containing the AR symbol can be used with the app to provide the reader with a behind the scenes look at how certain panels were made in the words of their creators. This free app brings a whole other dimension of content to the usual reading experience, allowing the reader to immerse themselves in the comic. Amazing stuff.

The Watcher Watches You

Last year Marvel decided to put more focus on video content and they have definitely done that. Their YouTube channel has almost one million subscribers, complete with deleted movie scenes, press conferences, con reports and the weekly show The Watcher (starring the lovely Lorraine Cink). Their constant flow of videos has made Marvel a hub of entertainment that people want to keep on coming back to.

These are just some of the ways that Marvel has conquered the art of content marketing. It definitely helps that they are a massive entertainment brand, which does certainly make it easier to market your products due to the fact that you have rabid fans that will eat up everything you do, but there are takeaways for all of us. Marvel made a concerted effort to focus on their digital offering, looking at where their fans were reading content and building around them. Video, audio and apps suddenly became valuable assets for Marvel and their attention to demographic has paid off.

Marvel didn’t settle for a couple of platforms to execute their content, either. They have used every avenue they can to communicate with their fans and deliver astonishing, amazing, incredible content every day of the week.

The first thing that I do with any new client is to see if they have a blog. If they do, I read it to gauge what they are doing correctly and what they could improve. Much of the time brands, especially smaller ones create a blog as a... Continue →